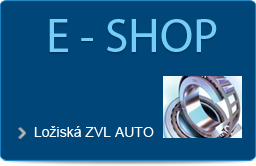 Production of tapered roller bearings has in subject ZVL in Presov more than 55 years long tradition. The production has been running since 19th of December 1959, when production of bearings started after its delimitation from plant ZKL Brno – Lisen in Czechoslovakia.

Company ZVL (= Plant for Bearings Production) in Presov since its start went through different organistional forms: